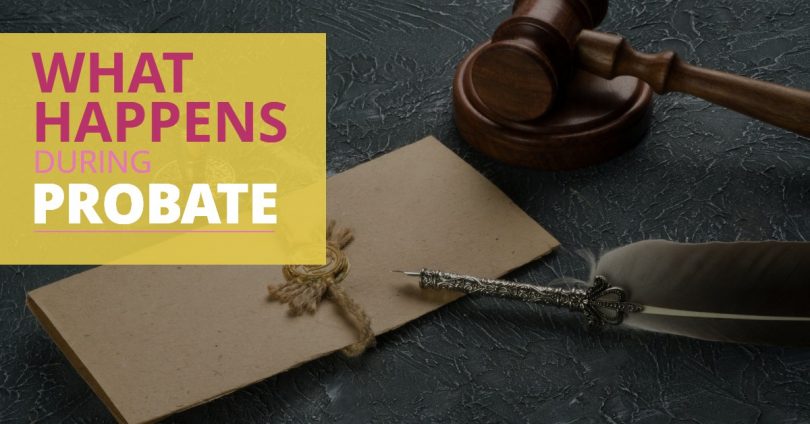 Probate is the court-supervised process of authenticating a last will and testament if the deceased made one. It includes locating and determining the value of the person’s assets, paying their final bills and taxes, and distributing the remainder of the estate to their rightful beneficiaries.

When Is The Probate Process Required?

Each state has specific laws in place to determine what’s required to probate an estate. These laws are included in the estate’s “probate codes,” as well as laws for “intestate succession,” when someone dies without a will.

In cases where there is no will, probate is still required to pay the decedent’s final bills and distribute their estate.﻿ The steps involved are generally very similar, regardless of whether a will exists—even though laws governing probate can vary by state.

Authenticating the Last Will and Testament

Most states have laws in place that require anyone who is in possession of the deceased’s will to file it with the probate court as soon as is reasonably possible. An application or petition to open probate of the estate is usually done at the same time. Sometimes it’s necessary to file the death certificate as well, along with the will and the petition.

Completing and submitting the petition doesn’t have to be a daunting challenge. Many state courts provide forms for this.

If the decedent left a will, the probate judge will confirm it is valid. This may involve a court hearing, and notice of the hearing must be given to all the beneficiaries listed in the will as well as the heirs—those who would inherit by law if no will existed.

The hearing gives all concerned an opportunity to object to the will being admitted for probate—maybe because it’s not drafted properly or because someone is in possession of a more recent will. Someone might also object to the appointment of the executor nominated in the will to handle the estate.

To determine if the submitted will is the real deal, the court relies on witnesses. Many wills include so-called “self-proving affidavits” in which the decedent and witnesses sign an affidavit at the same time the will is signed and witnessed. This is good enough for the court.

Lacking this, however, one or more of the will’s witnesses might be required to sign a sworn statement or testify in court that they watched the decedent sign the will and that the will in question is indeed the one they saw signed.

Appointing the Executor or a Personal Representative

The judge will appoint an executor as well, also sometimes called a personal representative or administrator. This individual will oversee the probate process and settle the estate.

The decedent’s choice for an executor is typically included in the will. The court will appoint next of kin if they didn’t leave a will—typically the surviving spouse or an adult child. This individual isn’t obligated to serve. They can decline and the court will then appoint someone else.

The appointed executor will receive “letters testamentary” from the court—a fancy, legal way of saying they’ll receive documentation allowing them to act and enter into transactions on behalf of the estate. This documentation is sometimes referred to as “letters of authority” or “letters of administration.”

It might be necessary for the executor to post bond before they can accept the letters and act for the estate, although some wills include provisions stating this isn’t necessary.


Bond acts as an insurance policy that will kick in to reimburse the estate in the event the executor commits some grievous error—either intentionally or unintentionally—that financially damages the estate, and, by extension, its beneficiaries.

Beneficiaries can elect to unanimously reject the bond requirement in some states, but it’s an ironclad rule in others, particularly if the executor ends up being someone other than the individual nominated in the will or if they live out of state.

The executor’s first task involves locating and taking possession of all the decedent’s assets so they can protect them during the probate process. This can involve a fair bit of time and sleuthing. Some people own assets they’ve told no one about, even their spouses, and these assets might not be delineated in their wills.

The executor must hunt for any hidden assets, typically through a review of insurance policies, tax returns, and other documentation.

In the case of real estate, the executor is not expected to move into the residence or the building and remain there throughout the probate process to “protect” it. But they must ensure property taxes are paid, insurance is kept current, and any mortgage payments are made to prevent foreclosure so the property isn’t lost.

The executor might literally take possession of other assets, however, such as collectibles or even vehicles, placing them in a safe location. They’ll collect all statements and other documentation concerning bank and investment accounts, as well as stocks and bonds.

Date of death values for the decedent’s assets must be determined and this is generally accomplished through account statements and appraisals. The court will appoint appraisers in some states,﻿ but in others, the executor can choose someone.

Many states require that the executor submit a written report to the court, listing everything the decedent owned along with each asset’s value, as well as a notation as to how that value was arrived at.

The decedent’s creditors must be identified and notified of the death. Most states require the executor to publish notice of the death in a local newspaper to alert unknown creditors.

Creditors typically have a limited period of time after receiving the notice to make claims against the estate for any money owed. The exact time period can vary by state.

The executor can reject claims if they have reason to believe they’re not valid. The creditor might then petition the court to have a probate judge decide whether the claim should be paid.

Valid creditor claims are then paid. The executor will use estate funds to pay all the decedent’s debts and final bills, including those that might have been incurred during the final illness.

The executor will file the decedent’s final personal income tax returns for the year they died. They’ll determine if the estate is liable for any estate taxes, and, if so, file these tax returns as well. Any taxes due are also paid from estate funds.

This can sometimes require liquidating assets to raise the money. Estate taxes are usually due within nine months of the decedent’s date of death.

When all these steps have been completed, the executor can petition the court for permission to distribute what is left of the decedent’s assets to the beneficiaries named in the will. This usually requires the court’s permission, which is typically only granted after the executor has submitted a complete accounting of every financial transaction they’ve engaged in throughout the probate process.

Some states allow the estate’s beneficiaries to collectively waive this accounting requirement if they’re all in agreement that it’s not necessary.﻿ Otherwise, the executor will have to list and explain each and every expense paid and all income earned by the estate. Some states provide forms to make this process a little easier.

If the will includes bequests to minors, the executor might also be responsible for setting up a trust to accept possession of these bequests because minors can’t own their own property.

In other cases and with adult beneficiaries, deeds and other transfer documents must be drawn up and filed with the appropriate state or county officials to finalize the bequests.

An intestate estate is one where the decedent did not leave a valid will—either they never made one or the will is not accepted as valid by the probate court due to an error in the document or because an heir successfully contested it.﻿

The most significant difference is that in the absence of a will that makes their wishes known, the decedent’s property will pass to the closest relatives in an order determined by state law.

Disclaimer: This article is not intended to be construed as legal advice. Prior to making any significant decisions relative to its content, you should consider seeking the advice of a licensed attorney that specializes in Estate Law for your particular state

Attorney Bob Brumfield has been practicing law since 1984 and regularly receives the “Top Lawyers in California” award as well as the “Client Distinction” and “Client Champion” awards from Martindale-Hubbell.

Attorney Bob Brumfield has been practicing law since 1984 and regularly receives the “Top Lawyers in California” award as well as the “Client Distinction” and “Client Champion” awards from Martindale-Hubbell.